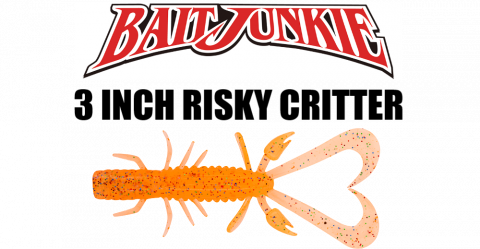 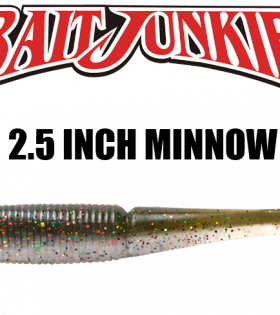 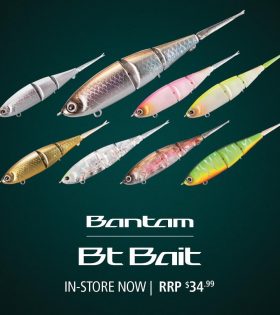 The Bait Junkie Risky Critter is the brainchild of Daiwa’s Tom Slater, and Kris Hickson. Developed over a period of two years, the Risky Critter is everything that they wanted merged into a compact creature bait. Designed with not just bream fishing in mind, the Risky Critter is just big enough to be a bite sized meal for Australian Bass or Yellowbelly in our freshwater rivers & lakes, it can also be trimmed down to turn it into a deadly trout nymph!

The combination of forward & rear facing legs give the perfect ‘quivering’ action whilst sinking on light jigheads, with the claws and wings also providing that subtle kick to draw bites. The two main curl tail legs off the back of the body are designed to work as the bait is hopped off the bottom, as a signal to nearby predators there is something to eat nearby.

As with all Bait Junkie lures, the Risky Critter is made from Elastomax material, this formulation is a little bit firmer than the original, which both Tom & Kris felt improved the ‘quivering’ action of the legs on a light jighead.

AMINO-X is impregnated into the material itself, giving natural flavour and scent to the baits to maximise bites in tough conditions.

With twelve colours in the range to suit both fresh & saltwater including a couple of new colours to the Bait Junkie range, the Risky Critter is a deadly creature bait profile ready to catch a host of estuary species throughout Australia.