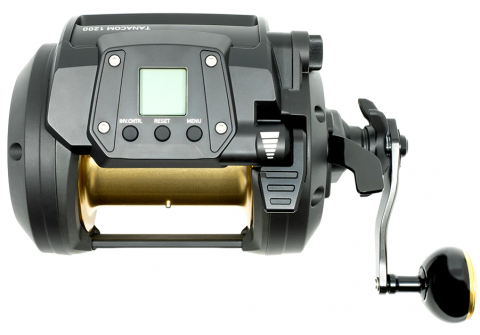 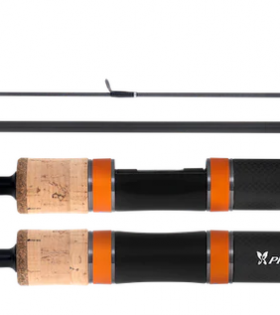 It’s not often Daiwa releases a new electric dendoh reel and there’s arguably no name more famous in the category than TANACOM. A total overhaul from the ground up, TANACOM 1200 is a project half-a-decade in the making between Daiwa Japan engineers and teams within Australia and America.

Sporting a totally new design incorporating the motor housed inside the spool has given Daiwa engineers the ability to increase the efficiency of the powerful motor, the same reliable unit that’s been used on TANACOM 1000 in the past. Installed in this new frame, the motor generates even more power thanks to an improved drivetrain which has been totally reengineered with beefier gears and internal components to improve durability and minimise power loss.

More power is also accompanied by more speed, a feat often difficult to achieve since a faster retrieve inevitably means lower torque, the same principal as to why bikes are easier to ride up a hill in low gear as opposed to high. The faster retrieve speed of TANACOM 1200 is a great feature when deep dropping, as your ability to reposition or check baits is sped up dramatically. A side benefit of the new design is an Increased line capacity. With TANACOM 1200 now boasting a line capacity of PE8/1000m.

Setting up the TANACOM 1200 is also now easier than ever, with a redesigned menu system which has been simplified and carefully designed to offer easy user experience for first time users and familiarity for long-time Daiwa dendoh fans. The Dot Monitor LCD screen has also been improved, with a brighter display and better viewing angles when wearing polarised sunglasses.

All areas of the reel design have been addressed with the development of TANACOM 1200. From small quality of life improvements like the aluminium ball knob, to hugely functional changes like the increased speed & power.

TANACOM has continually set the benchmark for quality and value for money in the electric reel space and the new TANACOM 1200 is set to elevate the bar once again. Dominate the deep with TANACOM 1200.